When Jay Jacobs, director of research at Global X, and his team were looking to start new theme-based exchange-traded funds last year, a robotics and artificial intelligence ETFjust made sense.

Ithink a lot of times the finance world gets lost in its own jargon of risk adjusted returns and Sharpe ratios and risk factors, Jacobs told Markets Insider. The story behind robotics and AI is very straightforward to everybody.

Jacobs is a chief mind behind theBOTZ, anexchange-traded fund from Global X which launched in September of 2016. BOTZ invests in companies that gain a majority of their revenue from robotics and artificial intelligence. The funds market capitalization recently crossed over the $300 million mark.

The explosivegrowth of BOTZ makes sense. It combines the red-hot ETF market with skyrocketing tech stocks. Jacobs says its the fastest growing funds hes been involved with in his fourplus years with Global X. With returns of around 39.1% since the funds inception last year, the growth is hardly surprising.

BOTZ is comprised of 29 companies spread across four sub categories: industrial automation, non-industrial robotics, unmanned vehicles and artificial intelligence. Its weighted by market cap, with no single company comprising more than 8% of the fund, and no less than 0.3%, according to Jacobs.

Thelargest holdingis currently Mitsubishi, followed byNvidiaand Keyence Corp, each making up about 7.5% of the fund. Those top three holdings areup an average of 77.4% since the inception of BOTZ.

Global X has positioned BOTZ to be popular among a younger investing crowd. A strong majority of millennials, about 83%, are interested in thematic investing, compared to only 31% of the general population, according to a study done by the firm. When creating BOTZ, Jacobs said the team had millennial investors in mind.

We see that younger generations are the trendsetters, so if we see that millennials are the ones saying [AI] is real … thats meaningful and its going to start working its way up the chain, Jacobs said. 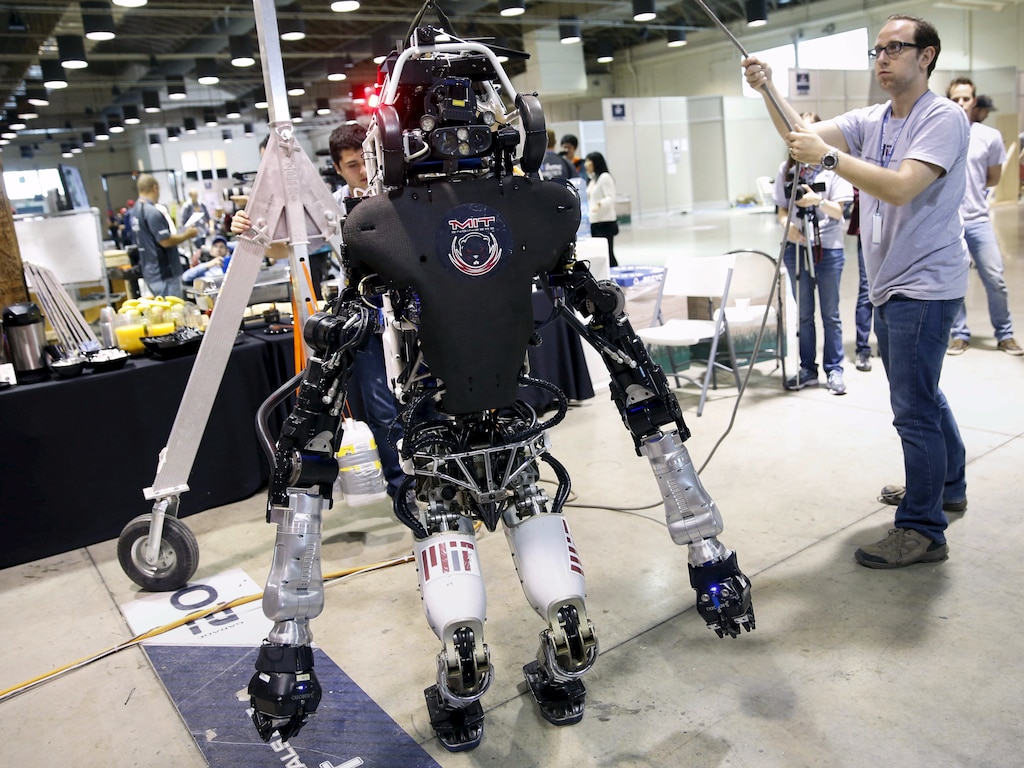 Formatting the fund as an ETF made sense as well.The ETF market for stocks has grown by 500% in the last eight years,in part because it allows for easy access tothemes like AI and robotics. Investing in the fund is as easy as buying a stock.

You get international exposure, which is critical for robotics, Jacobs said. You get diversified exposure.

There are drawbacks to the Global X approach. Almost halfof the funds holdings are based in Japan, meaning events in the country could have an outsized effect on the fund. The fund is also missing some major players in AI, like Facebook and Google, whichare leaders in artificial intelligence technology but excluded from the fund because they dont derive most of their revenue from the theme.

Still, a thematic fund like BOTZ allows investorsto bet on a general idea instead of a specific company, which investors seem to like.

After all, tech is only going to get better, Jacobs said.